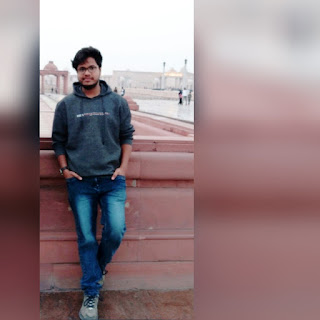 Aryan is currently 20 Yrs old undergraduate student pursuing his Bachelor's of Technology (B.Tech) in Computer Science and Engineering from Dr. A.P.J. Abdul Kalam Technical University Lucknow Uttar Pradesh India. He is a passionate learner and a Web Application Penetration Testing enthusiast.
Beside this he is so foodie and fond of singing and inculcating new interests. He believes in building his own dreams rather than hired by someone else to build theirs'.

Aryan has acknowledged by these major tech giants and companies for exposing and helping them to fix important security loopholes in their web application :

Apple Inc. is an American multinational technology company headquartered in Cupertino, California, that designs, develops, and sells consumer electronics, computer software, and online services. It is considered one of the Big Four of technology along with Amazon, Google and Facebook.

Quora is a question-and-answer website where questions are asked, answered, edited, and organized by its community of users in the form of opinions. Its publisher, Quora Inc., is based in Mountain View, California.

Zomato is an restaurant search and discovery service founded in 2008. It currently operates in 24 countries. It provides information and reviews of restaurants, including images of menus where the restaurant does not have its own website and also online delivery.

Pinterest, Inc. is a social media web and mobile application company that operates a software system designed to discover information on the World Wide Web, mainly using images and, on a smaller scale, GIFs and videos. The site was founded by Ben Silbermann, Paul Sciarra and Evan Sharp. Pinterest has reached 250 million monthly active users as of October 2018.

Okta, Inc. is a publicly-traded identity management company based in San Francisco. It provides cloud software that helps companies manage their employees' passwords, by providing a “single sign-on” experience. It was founded in 2009 and had its initial public offering in 2017, being valued at over $7 billion in January 2019.

Jet.com is an American e-commerce company headquartered in Hoboken, New Jersey. The company was co-founded by entrepreneur Marc Lore (who had sold his previous company, Diapers.com, to Amazon.com) along with Mike Hanrahan and Nate Faust, and has raised $820 million over four venture rounds from firms including Google Ventures, Goldman Sachs, Bain Capital Ventures, Accel Partners, Alibaba Group, and Fidelity. The site was publicly launched in July 2015. In Fall 2016, it became a subsidiary of Walmart.

Indeed is an American worldwide employment-related search engine for job listings launched in November 2004. It is a subsidiary of Japan's Recruit Co. Ltd. and is co-headquartered in Austin, Texas and Stamford, Connecticut with additional offices around the world. As a single-topic search engine, it is also an example of vertical search. Indeed is currently available in over 60 countries and 28 languages. In October 2010, Indeed.com passed Monster.com to become the highest-traffic job website in the United States.

Fitbit, Inc. is an American company headquartered in San Francisco, California. Its products are activity trackers, wireless-enabled wearable technology devices that measure data such as the number of steps walked, heart rate, quality of sleep, steps climbed, and other personal metrics involved in fitness.

HubSpot is a developer and marketer of software products for inbound marketing and sales. It was founded by Brian Halligan and Dharmesh Shah in 2006. Its products and services aim to provide tools for social media marketing, content management, web analytics and search engine optimization.

Redox accelerates the development and distribution of digital health solutions with a full-service healthcare integration platform to securely and efficiently exchange data. Healthcare organizations and technology vendors connect once and authorize the data they send and receive across the most extensive interoperable network in healthcare.


Shopify, Inc. | Hall of Fame PageShopify Inc. is a Canadian multinational e-commerce company headquartered in Ottawa, Ontario. It is also the name of its proprietary e-commerce platform for online stores and retail point-of-sale systems.